Bore into the real value of ambient seismic noise

The orientation of horizontal components of borehole seismometers is unknown on installation.

However, it is crucial to any multicomponent seismic analysis.

Eight stations are installed at varying depths in boreholes while the remainder include three short-period and one broadband surface seismic stations.

Despite variations in station hardware and configuration, the ellipsoidal wave particle motion of Rayleigh waves from ambient noise correlations between stations is strong.

The research shows that the ambient noise surface-wave method for station orientation is particularly useful for borehole stations in areas of low seismic activity or as an independent means to complement estimates from P-wave recordings of earthquakes. 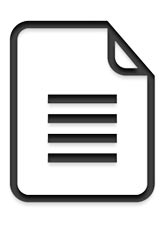 Estimating the Orientation of Borehole Seismometers from Ambient Seismic Noise.

Bulletin of the Seismological Society of America